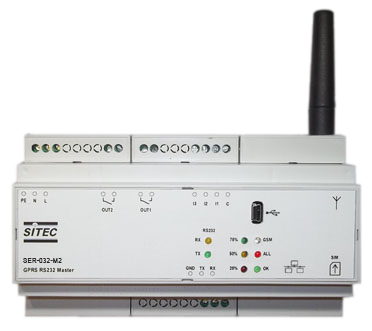 The SER-032-MH2 device allows reading of energy meters, both via digital inputs and RS485 serial lines and MODBUS protocol, sending the data to a database both via SMS and E-Mail through GSM/GPRS and/or Ethernet connection.

All data is recorded so it can be viewed in the most appropriate graphical way for a thorough analysis of consumption.

The three inputs can be connected to any type of energy meter if they have a pulse output corresponding to the measured consumption.
The device stores the counted values for each input and transmits the data by the interfaces available to the network server.
Predefined events can generate alarm text messages sent to those who have previously configured it.

The inputs can be connected to an energy meter, digital monitoring signals and alarms such as the snap of a protection, overheating of a device, device breakdown etc.
The device stores the counted values of each input in such a way as to save the overall count. 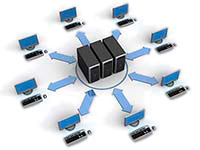 We use cookies to ensure that we give you the best experience on our website. If you continue to use this site we will assume that you are happy with it.OkNoRead more
Cookie revoke